The Green Scheme policy of the government offers great potential to expand and increase production of food under irrigation. Agribank is already involved through the provision of production loans at Etunda, Orange River Irrigation Project (Orip), and Ndongalinena projects. The policy aims at establishing approximately 22,000 hectares under irrigation along the perennial rivers bordering Namibia. The construction of storage facilities in strategic regions will enable grain produced by small-scale farmers to be bought and stored in the silos for use during time of need. There is therefore a need to develop products stringent upon collateral conditions to access financing along this concept as long as there is a guaranteed buyer of produce.

The green scheme is designed to maximize irrigation opportunities along the maize triangle (Grootfontein, Tsumeb and Otavi) as well as in the North Central and North Eastern Regions using the Kunene, Kavango and Zambezi rivers as well as the promotion of agro projects in the South using orange river and dams such as Naute and Hardap. This policy aims at harnessing the resources of government and other stakeholders in order to increase agriculture productivity and social development as envisaged in NDP IV and Vision 2030 and the Harambee Prosperity Plan.

With regards to the Green Scheme, a total amount of N$9.5 million was granted to Etunda Irrigation Scheme for both the service provider and the 86 small-scale farmers. The same financing arrangements apply to Ndongalinena irrigation, Shadikongoro and Vungu-vungu projects with a total of 51 small-scale farmers who will receive a combined total loan of N$6.5 million.

The Etunda irrigation farm is located at Ruacana, approximately 150 km west of Oshakati, in the Omusati region. The farm is about 600 hectares in size, which is split in half for both commercial and small scale farming. Maize is the main crop on the commercial plot (300ha), where various agricultural cereal crops such as wheat, potatoes, cabbage, onion, melons and bananas are cultivated seasonally throughout the year by small-scale farmers.

This irrigation scheme has about 82 small scale farmers, of which each has a field of about 3 ha for irrigation. However, there are 6 small scale farmers who were given about 6 ha, who were selected based on their level of production and because of the way they maintain and manage their crops. This serves as an encouragement to them and a motivation to other small scale farmers. The small-scale farmers are growing maize, cabbage, tomatoes, onions, butter nuts, ground nuts, sweet potatoes and water melons.

The Agricultural Bank of Namibia provide loans of about N$3 million to these small-scale farmers since 2008 whereby they are using a voucher system. The loan is from the Ministry of Agriculture, Water and Forestry and Agribank is administering this facility.

Agribank invest N$ 7 million dollars for production loans to both the small-scale farmers and the service provider. This created 100 permanent jobs and 500 seasonal jobs per season.

What type of security must I provide for a loan at Agribank?

Loans are granted against security of fixed property, investment or any other acceptable form of security (fixed deposits, investments and surrendering value of policies). read more

No, Agribank is not a commercial bank. read more

Yes, Agribank can assist you to start farming. read more 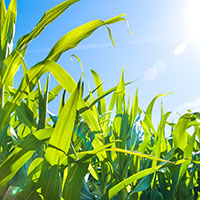